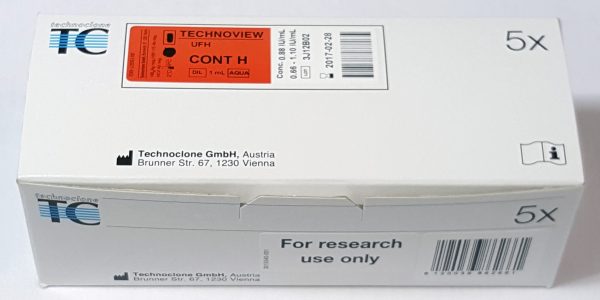 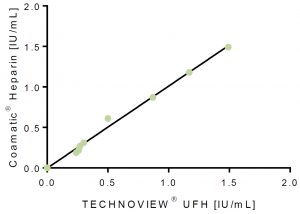 Control material is lyophilized and prepared from pooled human citrated plasma supplemented with a high concentration of unfractionated heparin. The plasma contains stabilizers but no bactericide additives. It is calibrated against the 5th International Standard preparation for UFH 97/578.