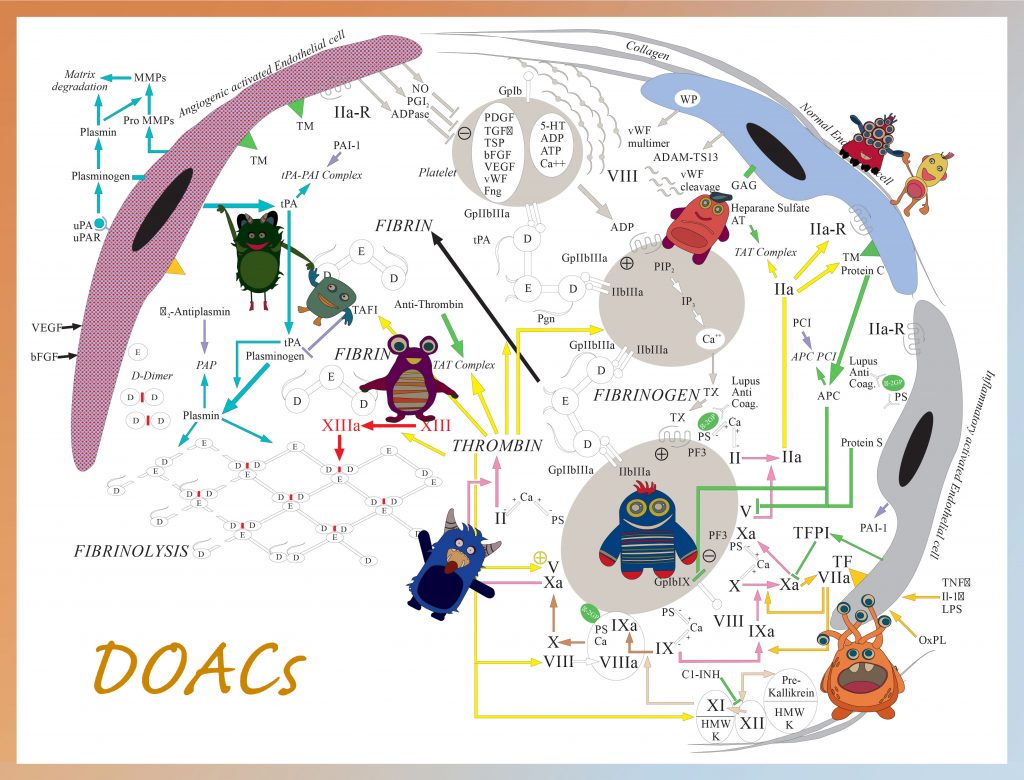 Direct oral anticoagulants (DOACs) is the generic term for a group of anticoagulating substances that act directly against certain coagulation factors and can be taken orally.

For many years, treatment options of venous thromboembolism have been limited to unfractionated heparin or vitamin K antagonists. Recently, many other anticoagulants have been established.

These anticoagulants belong to the group of coumarins. They suppress the vitamin K dependent synthesis of coagulation factors and thus exert an inhibitory effect on the plasmatic coagulation. The dosage form is a daily tablet intake. Regular blood sample drawing and determination of the INR value define the dose.

Heparins (glycosaminoglycans) are only administered parenterally. Their mechanism of action is based on the increase in activity of endogenous antithrombin. The anticoagulant effect is therefore dependent of the patient’s antithrombin. Depending on the molar mass, heparins are distinguished between unfractionated heparin (UFH) and low molecular weight heparin (LMWH). Measuring LMWH levels may be useful in certain situations such as renal failure, underweight / overweight / obesity, bleeding complications thrombosis despite adequate therapy, elderly patients, children and neonates. The pentasaccharide fondaparinux, tradename Arixtra®, is also an indirect factor Xa inhibitor and is prepared completely synthetically.