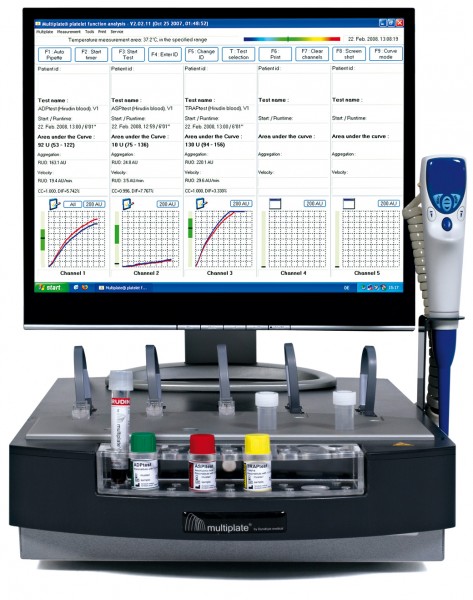 Multiplate® analysis takes place in a single-use test cell which incorporates dual sensors and a teflon-coated stirring magnet.  A key innovation of Multiplate® is the use of the Multiple Electrode Aggregometry (MEA) technology. 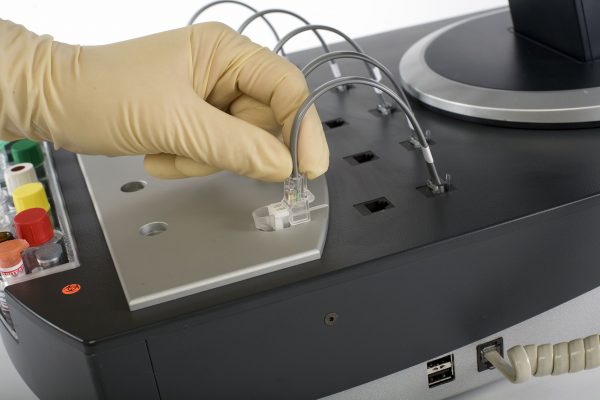 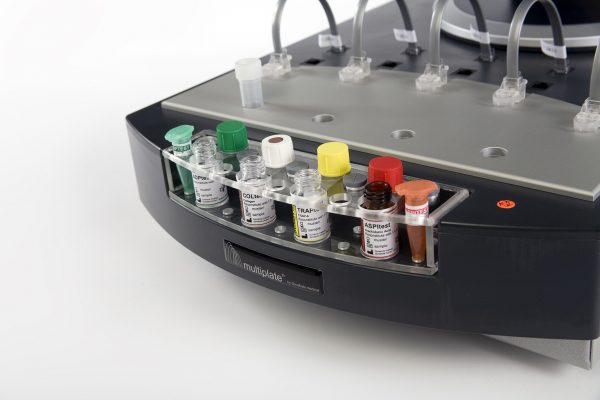 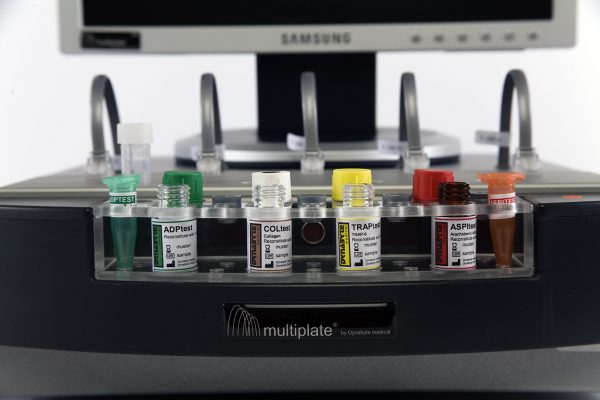 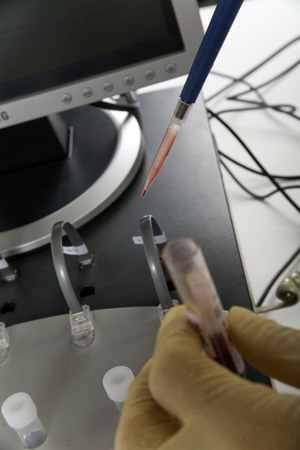 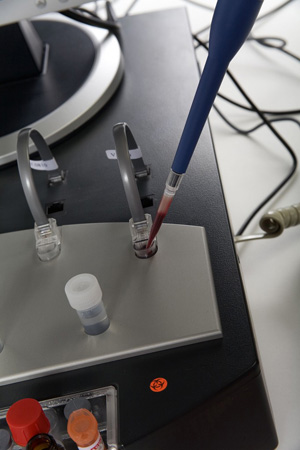 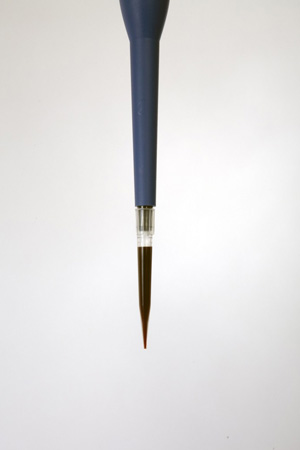 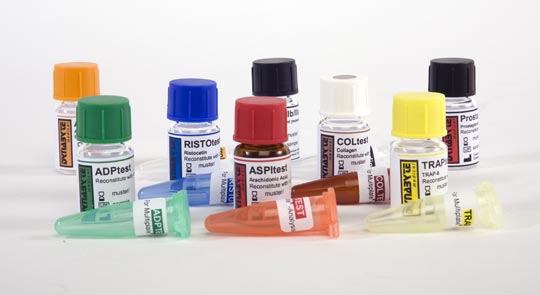 The following reagents are available for Multiplate®

The Multiplate® research analyzer records platelet aggregation at approximately 0.5 second intervals. The increase in impedance by the attachment of platelets onto the Multiplate® sensors is transformed to aggregation units (AU) and plotted against time.

Three parameters are calculated when performing research; Aggregation, AUC, and velocity. The most important parameter is the Area Under the aggregation Curve (AUC). AUC is recorded as Units or U. It is affected by the total height of the aggregation curve as well as by its slope and is best suited to express the overall platelet activity. The Aggregation (in AU) is the maximum height of the curve during the measurement period and the Velocity (in AU/min) is the maximum slope of the curve.

The output data calculated by the software is the mean value of the two independent sensors in the test cell. The correlation coefficient of the individual measurements is determined and the analysis is accepted when the correlation coefficient is greater than 0.98. Additionally, the difference of each curve from the mean curve (DIF) is calculated and is accepted when the difference is less than 20%.

[Note: An earlier version of the software expressed AUC as AU*min. The y-axis is aggregation in aggregation units (AU) and the x-axis is the time in minutes. To convert to current terminology, 10 AU*min = 1U.

Inhibition of platelet function with clopidogrel, as measured with a novel whole blood impedance aggregometer in horses.
Roscher KA, Failing K, Moritz A.
The Vet J. 2015; 203: 332-336.