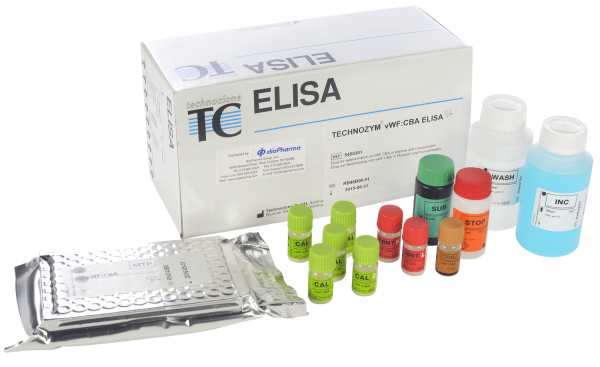 The von Willebrand Factor (vWF) is a large, multifunctional glycoprotein, occupying a key position in primary haemostasis. It has a multiple structure with several functions:

In order to analyze the adhesive properties, as a rule the platelet aggregation is measured (measuring system = ristocetin-dependent platelet aggregation). However, this does not reflect the physiological setting nor the function of the vWF. For determining the adhesive properties of the vWF, its binding capacity to collagen serves as a parameter which corresponds to the physiological function of the vWF.