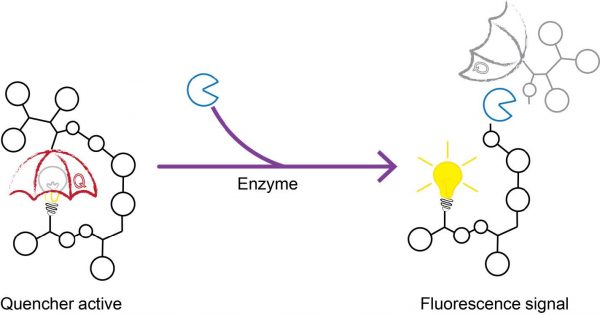 Factor XIII (FXIII) plays a key role in fibrin clot stabilization, maturation, and composition.  It is comprised of two subunits FXIIIA and FXIIIB.  The FXIIIA subunit belongs to the transglutaminase family of which the most characteristic catalytic function is the formation of isopeptide bonds between the side chains of susceptible protein bound glutamine and lysine residues.  In plasma, the noncovalent FXIII-A2B2 heterodimer is bound to fibrinogen.  Factor XIII is activated by thrombin and calcium which recognizes fibrin as the key substrate.  The activated plasma transglutaminase covalently crosslinks abutting fibrin γ-chains and α-chains thereby providing mechanical stability to the fibrin network.  In parallel, FXIIIa incorporates α2-antiplasmin rendering the clot biochemically stable by preventing premature fibrinolysis by plasmin.  Congenital or acquired deficiency may be associated with a severe bleeding diathesis.

In the TECHNOFLUOR® assay, FXIII is activated by thrombin in the presence of calcium.  Activated FXIII then cleaves the side-chain carboxamide bond of the assay’s substrate and thereby releases the dark quencher (2,4-dinitrophenyl) linked to a cadaverine spacer.  The subsequent increase in fluorescence results from the N-terminally attached fluorphore—N-Methyl-2-aminobenzoic acid (N-Me-Abz).  The fluorescent signal is proportional to the FXIII activity in the plasma sample. 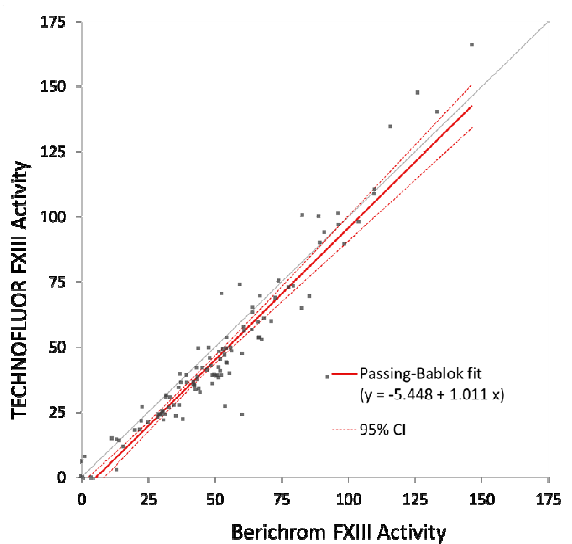 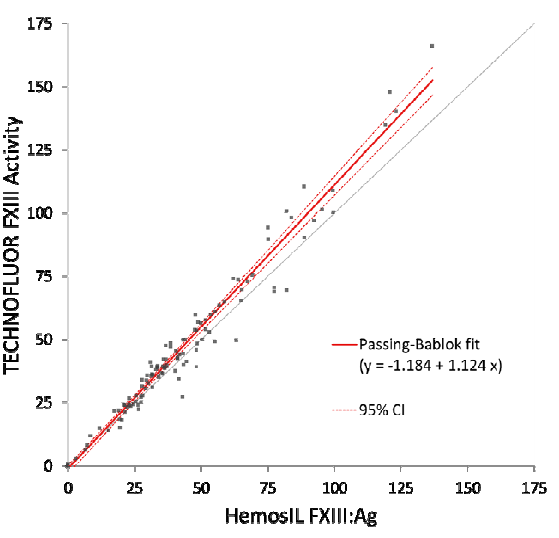