Measurement of free cortisol in epidermal mucus: A new approach of non-invasive, effective sampling in order to determine stress in fish 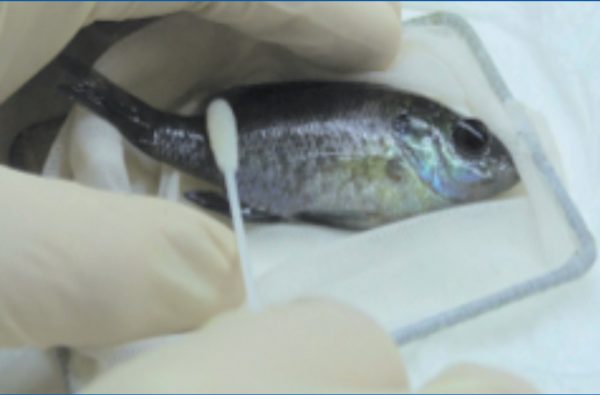 Cortisol determination in plasma is the most commonly used indicator of stress in fish. In order to avoid sampling induced stress, alternative matrices for cortisol measurement are reported, as gut content, lateral muscle, caudal fin and skin mucus taken postmortem. Another approach is to determine cortisol in the holding-water. In order to obtain individual cortisol values in living fish we combined a non-invasive epidermal mucus sampling with a Saliva Cortisol ELISA.

Analysis: 500μl Extraction buffer (TECO Mucus Collection Set; TE1034) were added to the swab tubes 15-30 minutes before vortex. After vortexing the swab tip was discarded. 50μl of the extracted sample was analyzed in a Saliva Cortisol Assay (TECOmedical, TE1052) which is validated for fish mucus cortisol. In order to correct possible differences in mucus amount obtained with the swab between fish, all samples were also analyzed for total protein by using a colorimetric method. 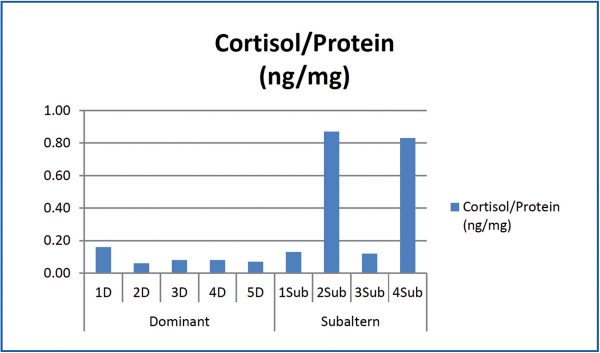 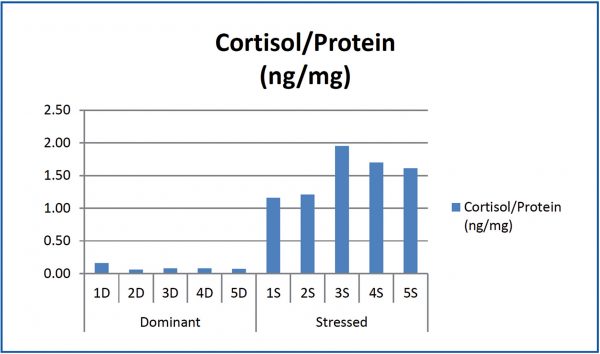 For the first time we describe a system for non-invasive cortisol determination in individual fish.

The TECO Mucus Collection Set allows a fast and smooth sampling – the differences in cortisol level between dominant and subaltern fish groups as well the cortisol increase after stress induction demonstrate the potential of the system.

In further studies it has to be evaluate, if this collection method allows even repeated sampling with minimum sampling induced stress effect.